Due to the high level of interest, the Joint Administrators retain the right to complete a sale in advance of this deadline should an exceptional offer be received.

Hilco Streambank is seeking offers to acquire the business and assets of Ralph & Russo Limited (in Administration).

Paul Appleton of Begbies Traynor Group and Andrew Andronikou of Quantuma Advisory, as Joint Administrators of Ralph & Russo Limited (In Administration) (“Ralph & Russo” or the “Company”) have appointed Hilco Streambank to seek interested parties with regards to the Company’s business and assets.

Established in London in 2006 by duo Tamara Ralph and Michael Russo, Ralph & Russo is an international luxury brand revered for producing designs that are contemporary, timelessly elegant and sought after worldwide. The brand is recognised as the height of fashion, with an exemplary reputation amongst the elite of the fashion world, including royalty and A-list celebrities. It was the first UK brand in over a century to be accepted by The Chambre Syndicale de la Haute Couture, and is to date the only British brand to feature within Harrods’ ‘Superbrands’ department.

Haute Couture is the beating heart of Ralph & Russo. Its exceptionally crafted designs are recognised and sought after by an affluent, loyal and international customer base. The brand has established a hugely diversified clientele from close to 60 countries, including international celebrities, billionaires, and royalty.

The Company generates revenues through the design, creation, retail, and wholesale of Haute Couture, luxury Ready-To-Wear, and Accessories. Its pieces are sold in-store, online, and through wholesale distribution. The Company also generates significant franchise and licensing income.

Prices for Haute Couture and Bridal pieces start from £25,000 and rise into the hundreds of thousands of pounds. The Company’s Ready-To-Wear range, launched in 2017, retails for up to £10,000. The brand’s Footwear and luxury Leather Goods retail for up to £2,000 and £20,000, respectively.

The Company was rapidly expanding both its product range and locations, and has boutiques located in London (Mayfair, Harrods), Paris, Monte Carlo, Doha, and Dubai. It offers two Haute Couture collections a year and seasonal collections within its other categories.

The sale presents a unique opportunity for a buyer to acquire one of the world’s leading Haute Couture brands and business.

The sale presents buyers with the opportunity to acquire one of the world’s leading fashion brands, recognised among the global elite. The brand is supported by a digital platform which includes influential social media accounts on Facebook, Twitter, Instagram, YouTube, Pinterest, and LinkedIn, with over 3m cumulative followers.

Ralph & Russo has developed an extensive intellectual property portfolio to protect the Company’s competitive advantage in the market. This portfolio includes trade marks, designs, and a historical back-catalogue of pieces created during the life of the business.

The Company’s current inventory has a total recommend retail price of £53m. This presents an immediate commercialisation opportunity for a buyer.

Presence in the World’s Fashion Capitals

Ralph & Russo has boutiques across the globe in major cities, such as London, Paris, Monte Carlo, Doha, and Dubai, with high-end, luxury fixtures and fittings.

The Company has in place a number of franchise and licence agreements, contributing to just under a quarter of its total revenues.

P&M assets and a debtor balance are also available as part of the sale of business. A buyer may wish to preserve value through the retention of employees at the Company. Detailed information and access to a virtual data room is available under NDA.

All expressions of interest and bids are to be directed to Hilco Streambank in writing. A Bid Submission Form is available on request. Please contact Hilco Streambank to gain access to a virtual data room of further information on signing of a confidentiality agreement.

The Joint Administrators acts as agents of the Company and without personal liability.

The bidder acknowledges that Hilco acts as an agent for the Joint Administrators of the Company who offer for sale only what right, title and interest (if any) the Company possesses in the assets. Such sale will be without any warranties, expressed or implied. Neither Hilco nor the Joint Administrators have verified the information provided, and bidders are deemed to have carried out their own due diligence. 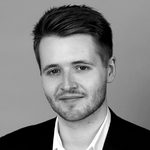 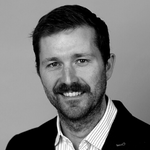